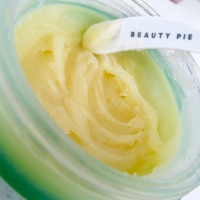 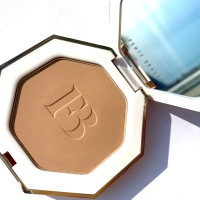 I saw the Isle of Paradise Self-Tanning Drops and wanted to give them a go. I liked the sound of a non-streak tan/glow so that I can wear no foundation in the summer. Let me just say – I am very pale. I have skin that burns very easily so I don’t spend much time in the sun or sunbathe at all. I’ve pretty much given up on tanned skin, and that’s fine with me. HOWEVER, these got me wondering what life on the tanned side would be like…

I was quite weary using these for the first time because I didn’t want to end up looking like an Oompa Loompa. I’m after a natural glow. To use these, you are supposed to mix these in with a moisturiser and apply from there. They recommend using between 1-12 drops, mixing it in with your favourite moisturiser and applying it from there.

I used my usual Nivea Soft moisturiser, added two drops in and mixed it together. These drops are completely clear but the scent is a strong sweet smell that I can’t quite place. However, once you rub it into the skin the smell subsides. I didn’t want to start by going in too heavy, so went on the side of caution. I woke up the next day with no difference in the colour of my skin, which was a little disappointing.

The following night I tried again, more determined to notice a difference this time. I added three drops and mixed it in. I had enough moisturiser on my hands to apply two layers and had some left over, which I just rubbed into my hands. I mention this only because after a few hours, a different scent starts to appear… the typical fake tan smell. I was asleep and I was aware of this smell and couldn’t work out what it was or where it was coming from. In the morning I saw my hands and it was apparent what it was. There is a distinct line on my hand that looks as though I’ve been playing in sand and it’s left that dark residue. My face is definitely darker too! The brand claims that all of their products are colour correcting, and I would agree with this. You could still see some of the red pigmentation I have on my cheeks, but my skin was definitely less red than it usually is and was more even in tone. The colour of my skin was probably a touch darker than what would be a natural tan for my skin tone, and I felt like my skin looked a little dirty. I was a bit embarrassed and thought my parents would mention the odd colour of my face (they didn’t). So maybe my face wasn’t actually as dark as I thought it was and I’m just not used to being fake tanned. After the first day, I didn’t notice that my face was as dark (either it faded or I just got used to it).

I will say that the jump from 2 to 3 drops in terms of colour was quite a big one. I have tried 2 drops on my face 3 times now and I don’t feel like there is much difference in my skin tone, whereas 3 drops is a serious tan for me. I felt like it was maybe a little too dark, but I am not someone who usually fake tans at all, or even tans naturally. Maybe it was very dark because I essentially put on two layers of 3 drops because I had so much moisturiser left, so I’ll have to be brave and try 3 drops again.

What I will say, is that the tan coverage certainly was even. The drops do claim to be streakless, and I was a bit sceptical at first as all fake tan tends to be streaky. It was interesting that when the tan faded on my face, there were no streaks or patchiness like you would get with a regular fake tan. I was a bit nervous that I would have to scrub my face to get rid of the colour, so I was really pleased when it seemed to just fade back to normal! I was a little disappointed that the usual fake tan smell appeared during the night. It was clearly quite strong as it woke me up wondering where it was coming from (little did I realise it was my own face). I thought that the strong fruity smell meant that there would be no fake tan smell and was really pleased, so that was a little disappointing.

I am enjoying trying these drops out. I’m quite interested to see their effect on the body too – as they do claim to be for the face AND body. You’d probably have to use quite a lot of product to add to the moisturiser to get any sort of pigment, so maybe it would be better to go for the mousse instead? *UPDATE* You don’t need to use much at all! I used two drops to a moisturiser and applied it to my arm, and it was a great shade for my skin!

The price of the drops was £19.95, which I think is a little steep for the size of the bottle. I’ve had some really nice results so far and have started using this as a way to avoid wearing foundation in the warmer weather. I’m definitely going to continue using these drops! My goal was to have a natural glow on my face so that I don’t have to wear foundation in the summer and I can safely say that I can achieve it with these drops.

Have you tried these drops or any other self tanning drops? Let me know what you thought on here or instagram!

One thought on “Isle of Paradise Light Self-Tanning Drops – Is it pale girl approved?”